Will Swaddling Damage My Baby’s Hips? 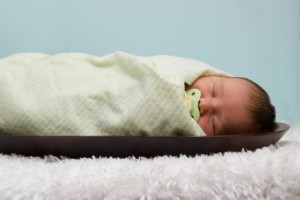 A question that we are hearing more and more frequently in clinic is ‘will swaddling damage my baby’s hips?’.

We are keeping a close eye on current research and findings and will keep you posted of any new developments.

A recent article in the British Medical Journal, the journal for Doctors published by the British Medical Association (BMA), looked at how the popularity of swaddling babies is increasing the risk of developmental hip problems that could cause disability in middle age.

Swaddling involves binding or bundling babies in blankets to restrain their arms and extend their lower limbs.

The technique has recently become fashionable again because of its perceived calming effects. According to Nicholas Clarke, a paediatric orthopaedic surgeon at University Hospital, Southampton, nine out of ten infants in North America are now swaddled in the first six months of life and demand for swaddling clothes rose by 61% in the United Kingdom from 2010 to 2011

It is perceived that babies settle and sleep longer. Clarke said that a systematic review had indicated that swaddled infants tended to arouse less and sleep longer but added that a recent review on the management of infant colic had concluded that the current evidence did not support the use of swaddling in the management of colic.  However, both reviews noted an association between swaddling and developmental hip dysplasia. This is because confining a baby by swaddling forces the hips to straighten and shift forward, raising the potential for misalignment and dislocation of the infant hip.

What is developmental hip dysplagia?

Developmental hip dysplagia means that the bones of the hip joint are not aligned properly. This prevents the joint from functioning properly and because of this wears out much faster than normal. Think about your car tyre – it wears out faster when out of alignment.  The long term consequences of developmental dysplagia include an increase in the risk of osteoarthritis and hip replacement in middle age.

Janet Bell cares for all age groups, but has a special interest in mothers and babies and has postgraduate experience of cranial and paediatric osteopathy.  She would be delighted to discuss any concerns you may have about swaddling your baby. To chat to Janet or meet the rest of the team at Teddington Osteopaths you can contact us here or give us a call.


Warning: Invalid argument supplied for foreach() in /home/customer/www/teddingtonosteopaths.co.uk/public_html/wp-content/themes/teddingtonosteo/single.php on line 35

You can find out more about which cookies we are using or switch them off in settings.

This website uses cookies so that we can provide you with the best user experience possible. Cookie information is stored in your browser and performs functions such as recognising you when you return to our website and helping our team to understand which sections of the website you find most interesting and useful.

Strictly Necessary Cookie should be enabled at all times so that we can save your preferences for cookie settings.

If you disable this cookie, we will not be able to save your preferences. This means that every time you visit this website you will need to enable or disable cookies again.